You're Here: Home / Top Of The Crops - Sweetcorn

Top Of The Crops - Sweetcorn

Growing Sweetcorn in a Polytunnel

Sweetcorn will taste so much sweeter when you grow it yourself and can bring it to your table so quickly. Home grown sweetcorn tastes to good because the sugars in the kernels have not yet had the chance to convert to starch. While older varieties were difficult to grow in the UK, modern F1 varieties are ideally suited to growing in most of the UK. Further north a polytunnel offers the extra warmth and wind protection needed to grow sweetcorn successfully.

Sowing and Growing Requirements for Sweetcorn

Sweetcorn is best grown in blocks that are ideally at least four plants wide and four plants deep. Plants should be spaced at between 30 and 45cm apart. For this reason, you will usually need a larger polytunnel if you wish to grow sweetcorn within it successfully. If you have enough space, it can be a truly rewarding crop. When choosing your seeds, be sure to choose a variety that is suited to the conditions where you live.

Seeds should not be sown too early as this is a crop that does require a bit of warmth. Sow inside in early to mid May for planting out in late May or early June or sow direct into the soil where they are to grow in late May, once all risk of night time chills has passed. To reduce the risk of root damage during transplantation, you can grow your sweetcorn seedlings in biodegradable pots that can be planted with the seedling.

It is important to plant the sweetcorn in fertile soil and to add additional nutrition through mulches and organic feeds as these are particularly hungry plants. It is also important to keep the plants watered, though sweetcorn is relatively resilient to drought. When the corn is around 2ft high, mound up the soil around the base and mulch well to encourage strong rooting. Tap the top of the plants when the tassels open to aid in pollination.

Native Americans would plant their corn along with squash and beans. These companion plants became known as the 'three sisters', since each one aids the others. Beans use sweetcorn for support and fix nitrogen in the soil. Squash provides ground cover that helps soil retain moisture and repress weeds. If you have the space, this technique can work well in your polytunnel too, helping to balance soil ecology and providing a larger yield for the given space.

You will know that cobs will be near full ripeness when the tassels turn brown. When this occurs, gently peel apart the sheaves to take a look. Pierce a kernel with a fingernail. If the juice is milky, harvest right away, if it is clear, leave it for a few more days. Use the corn right away for the best flavour. 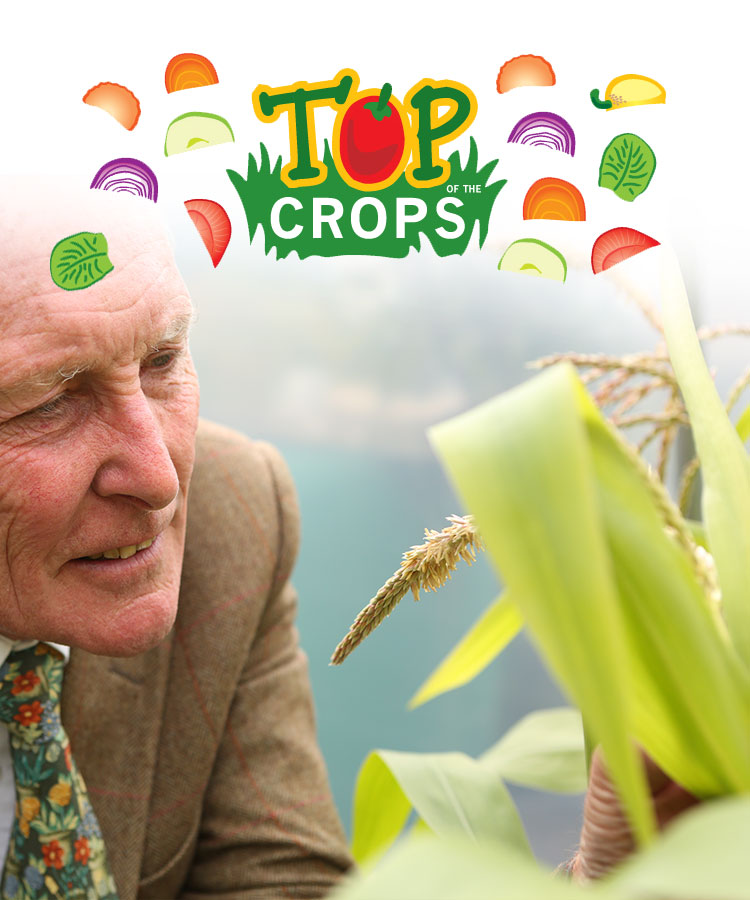