If you loved the original Top Gear, you are certain to love Amazon Prime’s latest show featuring the legend himself, Jeremy Clarkson. Clarkson’s Farm is set in the picturesque Cotswolds and follows Jeremy as he tries to set up and run (the appropriately named) Diddly Squat Farm. Even if farming isn’t your thing, you are certain to get a few laughs from watching Clarkson and his team tackle the trials and tribulations of growing crops, keeping livestock, and running a farm shop.

So, where do we come into it? We’ve been selling and constructing top quality polytunnels to domestic and commercial growers for decades, and after the success of the first season, First Tunnels were approached to provide commercial polytunnel kits for season two of Clarkson’s Farm. Of course, we were more than happy to work with the team to give them exactly what they needed. Considering the horrendous weather of 2020 which caused havoc on crop fields across the UK, including Diddly Squat Farm, a polytunnel is a logical step for Clarkson to be taking to keep the most profitable crops from falling victim to the elements.

We can’t wait to see what Clarkson, Kaleb and the rest of the Diddly Squat Farm team do with their polytunnels.

Watch this space to find out.

Take a look at our range of commercial polytunnels here. 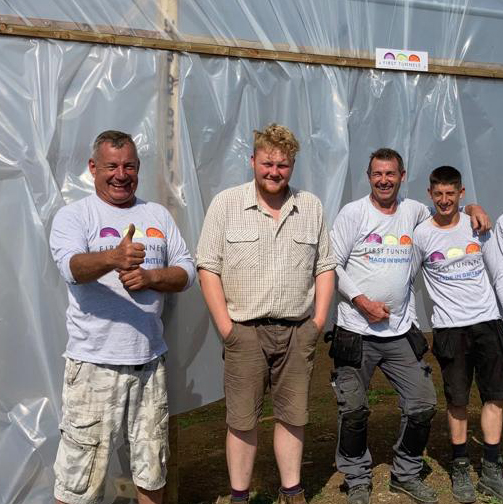 From the emotional rollercoaster of raising disobedient sheep, which Clarkson quickly discovers aren’t as much of a money-maker as he thought, to facing a failed crop and red tape halting plans in their tracks – the series showcases the realities of running a farm, with a heavy dash of comedy that is typical of Clarkson. On top of all the usual struggles farmers face, the show is unique in that the COVID-19 pandemic hit during filming – so it provides an unbeatable insight into the real struggles that UK farmers and the food industry faced in 2020.

In true Clarkson style, it is never all doom and gloom, and he manages to make light of most of the challenges he faces whilst trying to get to grips with agriculture.

Why farms benefit from polytunnels

As we all saw when watching Clarkson’s Farm, the UK weather is very unpredictable. This means farming can be touch and go. A field that yields a successful crop one year might completely fail the next, and a few bad years can be the nail in the coffin for some farmers. By planting crops in a polytunnel, weather issues are almost completely outruled.

Some polytunnel benefits include:

Check out our Buyer’s Guide here for more information on polytunnels. 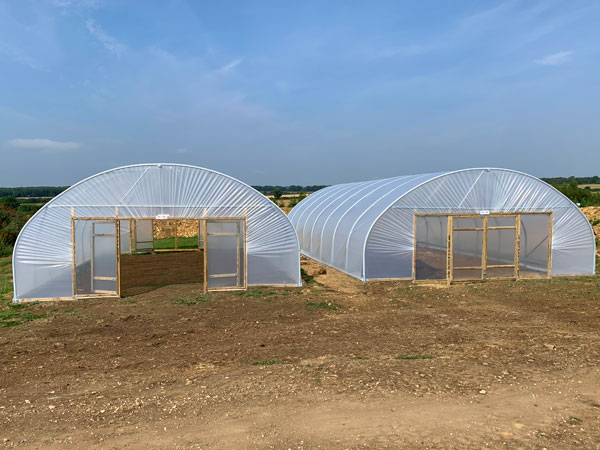