You're Here: Home / Top Of The Crops - Leeks

Top Of The Crops - Leeks

Growing Leeks in a Polytunnel

Leeks are fairly tolerant of different types of soil but they do require a long growing season. While leeks can be grown successfully in polytunnels, you may choose to grow them outside, as they do require quite a lot of space for a long time and also taste better once they have experienced a frost. That said, if you are encountering problems with pests or disease then poly tunnel growing, with its more controlled conditions, may be the answer.

Sowing and Growing Requirements For Leeks

Leeks will do best in full sun though they can be grown in partial shade. If you are looking for a perennial option then perennial leek varieties are available as an alternative to the annual crop. When choosing seeds, you should go for leeks that are well suited to the growing conditions where you live. Giant leeks are also an option. There are different leek varieties for early, mid and late season harvest.

Sow leek seeds between around February (inside) and April. Sow thinly and thin seedlings to 4-5cm apart. When the seedlings are about 15cm high and around the width of a pencil, trim off the root ends and leaf tips and transplant them into their final growing positions at a spacing of around 15-20cm, in holes made with a dibber. Fill the holes with water to settle the roots, but do not firm in the soil around the leeks. Some people choose to earth up around leeks as they grow.

Leeks should be watered well throughout the growing season and weeds should not be allowed to grow between them. A good quality organic mulch can help protect the plants from competition and retain moisture through the summer. As an allium, leeks are a good companion plant for a range of other crops, including brassicas and carrots, whose pests will be confused by the scent of leeks, onions and other alliums.

Leeks will, depending on which variety you have chosen and when you choose to pull them, usually be ready to harvest between October and March. It is best to harvest leeks while they are still quite small as smaller leeks will tend to have better flavour. Do not try to pull leeks from the ground – use a fork to lift them as and when they are required. If the ground freezes solid where you live in the winter months, you can lift leeks and heel them into the soil in your polytunnel or in a warmer area next to a path or your home so they can be retrieved more easily as and when required. You can also lift all your leeks at once and chop and freeze them for longer storage, for use in a range of different recipes. 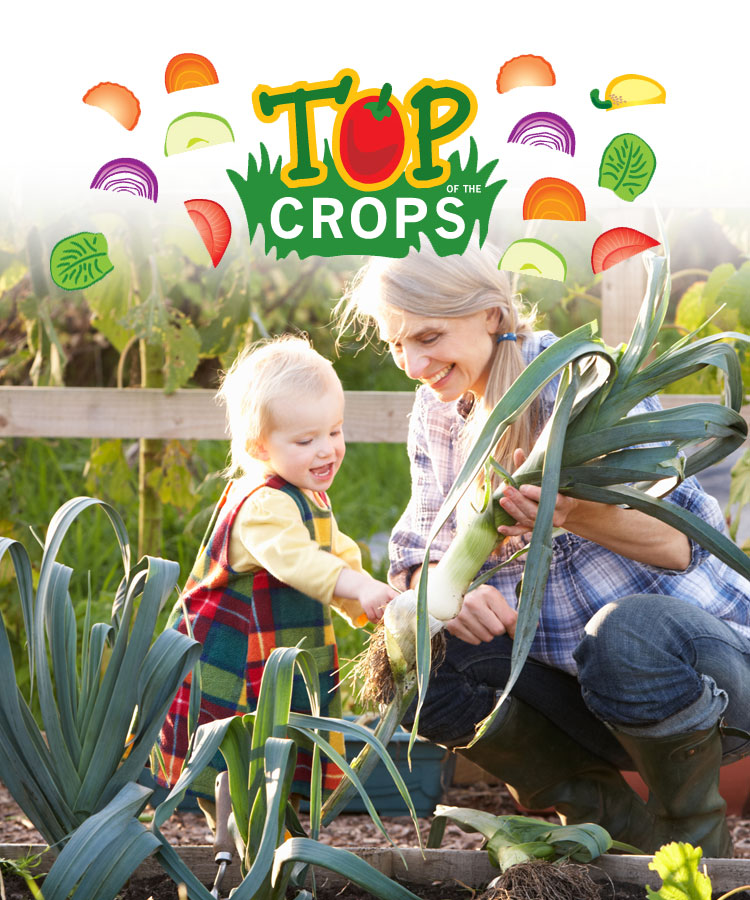