You're Here: Home / Top Of The Crops - Celery

Top Of The Crops - Celery

Growing Celery in a Polytunnel

Celery is a fussy plant that will need the perfect conditions in which to grow. Get those conditions right, however, and celery can be a great addition to the kitchen garden and can be used to great effect in soups and salads. The key to understanding the requirements for celery is to look at the conditions where the wild variety, from which the cultivated variety derives, can be found. Wild celery grows in marshy ground and on boggy riversides. Water management, therefore, is key to success when it comes to growing celery. Celery requires plenty of water, with soil that never dries out. For this reason, it can be difficult to grow celery inside a polytunnel. That said, a polytunnel with a good irrigation system could provide these plants with exactly what they need and help to control the environment and lessen the incidence of pests and disease.

Sowing and Growing Requirements for Celery

Celery can be sown in pots between March and April. Celery can be prone to bolting if there is a shock to their systems during their early growth, so it is important to wait until the weather warms enough before planting out in their final growing positions. It is also essential to harden off the plants properly before planting out. Celery should be planted out between late May and July.

Since celery can be fussy about the conditions in which they are grown, it is a good idea to prepare your growing area the previous autumn. Trenching is a common method for growing celery. Prepare a trench around 35-50cm wide and 30cm deep and fill it with plenty of good quality compost, or well-rotted organic matter. (This trench can also be prepared in March if it has not been seen to the previous year.) Plant celery in a line along the trench around 20-25cm apart.

Once the celery stems are around 30cm tall, earth them up, mounding soil around the base. Alternatively, collars of cardboard or paper can be used to encourage blanching. Not all celery will require this treatment. For green and self-blanching varieties, planting in a block so plants shade one another or planting in the shade of taller plants will be enough to aid blanching.

Water, water and water some more. Keep the watering consistent throughout the summer and never, ever allow the plants to dry out. A high nitrogen organic mulch once the plants are established can help performance and improve crops. The mulch will also help to prevent moisture loss from the soil.

Celery will be ready to harvest between August and October, as soon as the plants are large enough. Cut the stems off at the base with a sharp knife. Generally speaking, celery should be harvested before the first frost, though trenched celery can survive into December with a little protection, especially if grown in a polytunnel. 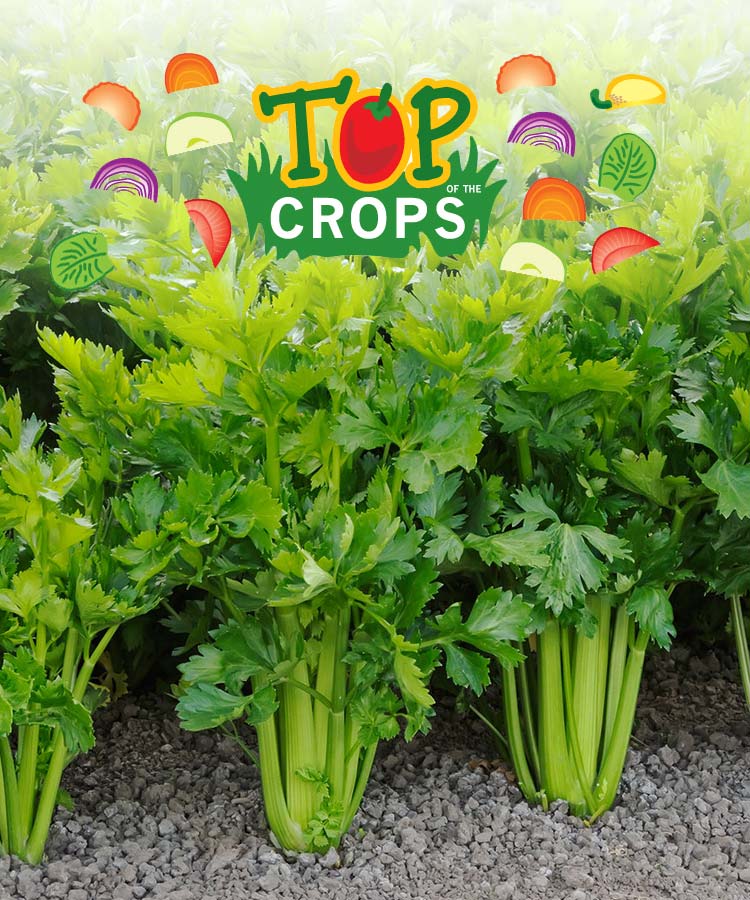