You're Here: Home / Top Of The Crops - Celeriac

Top Of The Crops - Celeriac

Growing Celeriac in a Polytunnel

Celeriac is not the easiest of vegetables to grow, mostly because it requires an extremely rich, fertile and moisture-retentive soil. A polytunnel where the soil has been amended and cared for well could be the ideal place to grow celeriac. This vegetable is a turnip rooted celery and the bulbous roots are good in soups, stews and a range of other recipes. A number of pests can be a problem for celeriac and so growing them in a polytunnel can also help as it is easier to control the environment and manage pest problems in a contained space. A diverse and resilient ecosystem is the best defence against excessive numbers of slugs, which can pose a problem for celeriac plants.

Sowing and Growing Requirements for Celeriac

Celeriac seeds come in a range of different varieties. Some are more bolt and disease resistant than others. Modern varieties have also been bred to reduce the knobbles on the bulbs and make these ugly vegetables easier to prepare in the kitchen. Sow two seeds to each pot in March and remove the weaker of the two seedlings before hardening off your seedlings and planting them out in their final growing positions between May and June.

When placing seedling in their final locations, make sure that the crown is not buried and firm the soil well around each plant. There should be a spacing of around 30cm between plants, 45cm between rows. Choose your planting location carefully and make sure that the soil is rich and fertile, with a good proportion of organic matter. Do not grow celeriac where there has been celery leaf spot in previous years and be sure to maintain a good system of crop rotation to protect against disease. If you do discover that you encounter problems with disease, you may choose to opt for a treated seed and more resistant varieties in the future.

It is important to keep celeriac well watered during the summer, especially during particularly dry periods. A good organic mulch will help to retain soil moisture and maintain a fertile and high potash growing medium. In the summer, remove the lower leaves from the plants and draw some soil around the bulbous base of each plant.

Leeks like similar growing conditions to celeriac and can be a good companion plant along with certain fragrant herbs which could help stop problems with celery fly and other pests. Other alliums may also help to confuse and/or deter pests.

Celeriac can be lifted as soon as they mature fully, which will be from October onwards. Do not lift and store celeriac but rather leave them in the soil over winter until they are needed. Cover the plants with straw or fleece to shelter them from harsh winter weather and protect the bulbs until they are required. 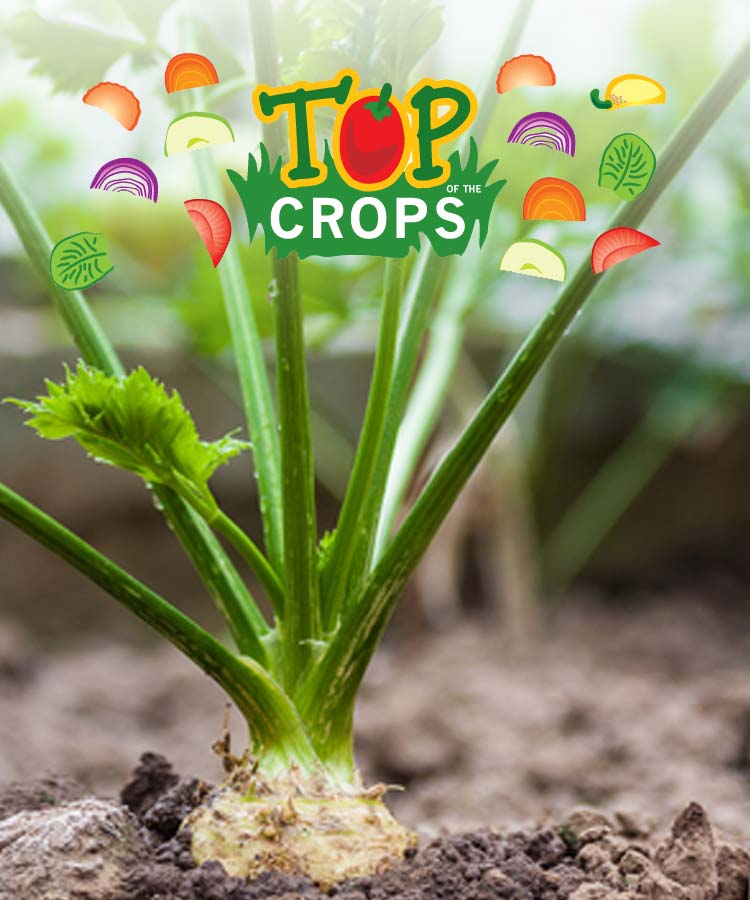