You're Here: Home / Top Of The Crops - Canna

Top Of The Crops - Canna

Growing Canna in a Polytunnel

These tender perennials are easier to grow than many other plants that give a tropical effect and a polytunnel can make it easier still to grow these dramatic plants, either direct in the soil or in containers. These were a favourite in Victorian planting schemes.

Sowing and Growing Requirements for Canna

Cannas are usually grown from rhizomes. These rhizomes are usually planted in March or early April in 20cm pots filled with a multi-purpose compost. The rhizomes should be just covered with the compost, leaving any young shoots that have already formed exposed. The rhizomes should be kept at a temperature of around 10-16 degrees Celsius. An unheated polytunnel may be sufficient to maintain this temperature in some parts of the UK, while in cooler areas, these are best started off indoors. Cannas will usually be moveable to your polytunnel in around mid-April and can be gradually hardened off before placing them in their final growing positions.

Water Canna freely in warmer, drier weather and feed with an organic fertiliser in midsummer. In is best policy to deadhead regularly, to allow for a longer blooming season. When a flower spike is exhausted and produces no more buds, cut it down to the next side shoot, where a secondary flower shoot should then develop.

In an unheated polytunnel, you may be able to mulch to provide extra protection and then leave canna over the winter months – though in colder, wetter areas you will likely have some losses. In colder areas it is best to grow in containers and move these to a frost-free location in the winter. You can also lift the rhizomes for winter storage. Cut down foliage and stems to around 15cm when it begins to wither in the autumn and store rhizomes in trays of multi-purpose compost. Little, if any, watering should be required over the winter.

Cut canna for use in your home as and when you would like them. Cannas will usually flower between around June and October. Some canna varieties also have roots that are sweet and edible when cooked. Roots are also the source of 'canna starch', used like arrowroot. Various cannas also have other uses, as dye plants, for fibres and for other applications. 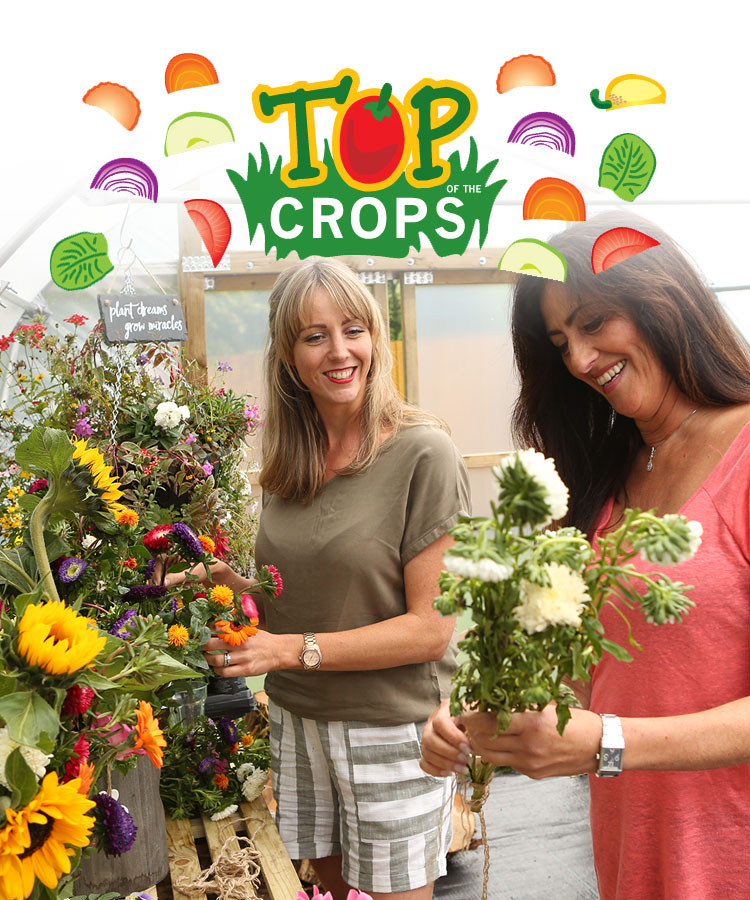