You're Here: Home / Top Of The Crops - Cabbage

Top Of The Crops - Cabbage

Growing Cabbage in a Polytunnel

If you have the space and the organisational skills then it is possible to enjoy eating cabbage pretty much all year round. A polytunnel makes it easier to grow cabbages through the colder portions of the year and also makes it easier to control the pests that can be a problem for these plants. A polytunnel can allow you to grow cabbages successfully even in the depths of winter and even in the most northern reaches of the UK. The key to successfully growing cabbages throughout the year is choosing the right varieties for each time of year and for where you live.

Sowing and Growing Requirements for Cabbages

There are three broad categories of cabbage, based on when they are harvested. These are: summer cabbages, winter cabbages and spring cabbages. Like all brassicas, cabbage requires a sunny spot with fertile soil and it is a hungry crop when it comes to its nitrogen requirements. Mulching with a high nitrogen organic mulch during the summer can help for summer and winter cabbages and over wintering spring cabbages will benefit from a nitrogen rich liquid feed (such as a home-made nettle or compost 'tea'). (Mulches over winter may increase pest problems in the UK.)

Summer cabbages should be sown February-March under cover or April to May outside and planted to final growing position between April and June. Winter cabbage should be sown between April and May, planted out into their final growing position between June and July (often, this can be timed so that winter cabbages will fill the gap left by a spring crop in your polytunnel). Spring cabbages will over-winter and so should be sown in July-August and planted in September-October so they develop enough of a root system to see them through the coldest months.

Seeds should be sown to a depth of around 1cm. They will be ready for transplant when they have five or so leaves. Space cabbages around 45cm apart in their final growing positions and make sure they are well watered and that the soil is well-firmed around them. If the soil you are gardening in is too acidic then you should take measures to bring it to a more alkaline level. Water cabbages well in periods of dry weather and ensure they are well fed throughout the year.

Companion plants such as alliums and herbs can help repel or distract pests that could pose a problem for your cabbages. Legumes can help fix nitrogen. Inter-planting lettuce or other fast-growing crops between cabbages will allow you to make full use of the space throughout the year and lettuces can be pulled before they become a source of intense competition to the growing cabbages.

Possible to have cabbage all year round if you have space. Summer cabbages can be harvested between July and October, winter cabbages between October and March and spring cabbages from March to May. Harvest the plants by cutting them off close to the ground. With spring and summer cabbages, you can gain a secondary crop by cutting a 1cm deep cross in the stump, from which a smaller cabbage will grow. 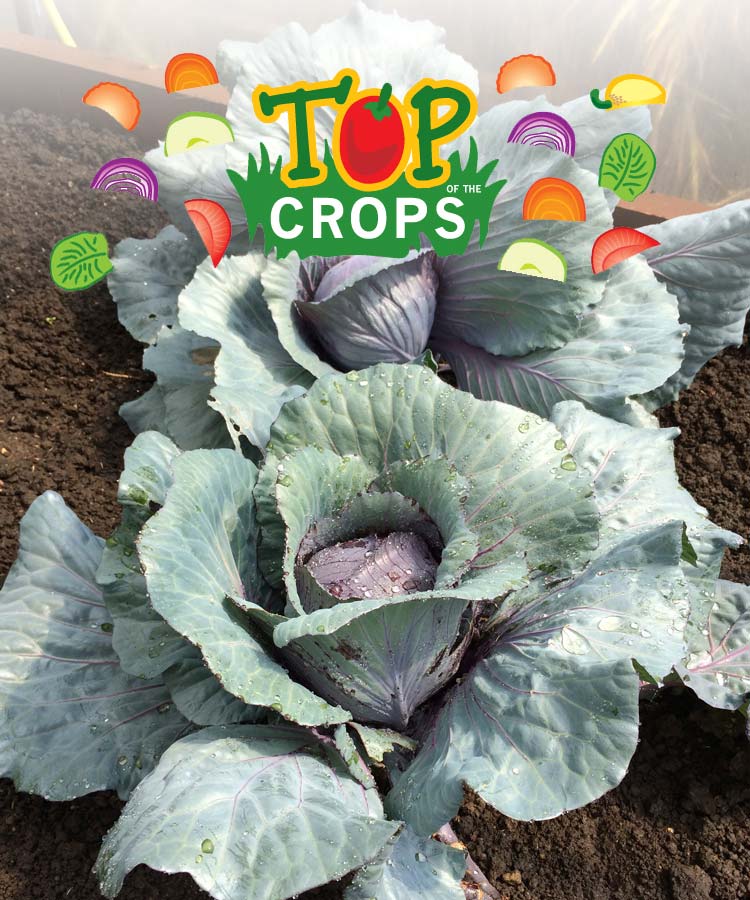