You're Here: Home / Top Of The Crops - Brussel Sprouts

Top Of The Crops - Brussel Sprouts

Growing Brussels Sprouts in a Polytunnel

Brussels sprouts can be direct sown outside after the last frost in your area but it is usually a better idea to sow seeds under cover and transplant later to their final growing positions. A polytunnel makes a good place to sow and grow Brussels sprouts until they move outside to their final growing positions. They can also be grown inside a polytunnel, which will protect them from strong winds over the winter months – though it is worth while remembering that Brussels sprouts taste better once they have been subjected to a bit of frost and so it would not be a good idea to protect them entirely from the winter weather.

Whether inside or outside your polytunnel, Brussels sprouts should be in a sheltered and sunny position where they will not be subjected to strong winds, which can cause root rock and damage the plants. Sow seeds around 1cm deep in March or April and move plants to their final growing positions from mid-May, when plants have developed seven true leaves and are around 10-15cm tall. Ideally, there should be a spacing of around 60cm between plants. Plant these transplants so that the lowest leaves are just above soil level.

Firm the soil well around the stems of your Brussels sprouts transplants and try to disturb the soil around the plants as little as possible. Instead of digging in organic matter, mulch/ top dress around plants with a high nitrogen organic mulch or fertiliser. Well-rotted poultry manure, or grass clippings (free from seed) can both work well. Water well when you move the plants to their final growing positions and then water well every week or two thereafter if the weather is dry. Before the winds of autumn arrive, mound soil around the plants to protect and support them further.

Like other brassicas, Brussels sprouts can benefit from companion planting with pest-repelling plants such as alliums and fragrant herbs. They may also benefit from the nitrogen-fixing capabilities of legumes. Brussels sprouts are fairly slow growing and so can be inter-cropped with faster growing crops such as lettuces which will be gone by the time the sprouts need the space and nutrition.

Depending on when and where you planted them, Brussels sprouts can be ready to harvest from as early as September or as late as March. You should be able to harvest from them for around 6-8 weeks. Conventional wisdom is that sprouts always taste better after there has been a frost. Begin harvesting (lowest sprouts first) when the sprouts are around the size of walnuts, removing only a few from one plant at a time. At the end of the harvesting period, remember to take the head of the plant, as this should also be eaten.

Sowing time – for September crop, sow under cover March. End March to April for outside crops.

Planting time – May to June 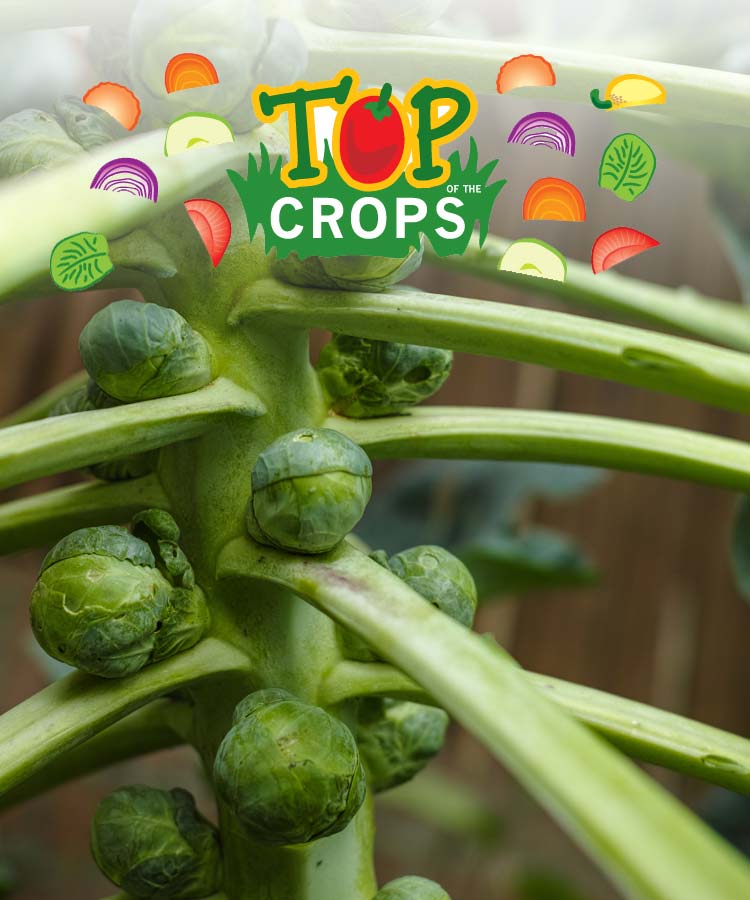