You're Here: Home / Protecting Your Polytunnel With a Wind Break

Protecting Your Polytunnel With a Wind Break

Once you have ordered and received your polytunnel, it is important to site it correctly. Placing your polytunnel in a suitable position is key to success in making sure that you get as high a yield as possible. The polytunnel will ideally be placed on a level site, out of strong winds and, of course, in full sunlight. This may be easier to achieve on some sites than on others. But even if you are not convinced that your garden or land will be suitable, there are things that you can do to improve the environment. For example, you can protect a polytunnel from strong winds by planting a wind break to reduce the buffeting it may get in a gale and prolong the life of the plastic.

Polytunnels can survive some wind but if a location that you have identified for your polytunnel is hit by strong winds. If, for example, it is at the top of a hill or in a coastal location, it will often be necessary to reduce the strength of that wind before it hits the polytunnel. The good news is that in many instances, creating an effective windbreak is easier than you may imagine. It can often be achieved through the planting of shrubs and trees, which will filter and wind and dissipate the strongest gusts.

The first thing to establish is the prevailing wind direction on your site. Most often in the UK, winds come from the south west, though of course the predominant wind direction will depend on a number of geographical and topographical features. Spend time on the site before you commit to placing a polytunnel and make sure you know what the winds are like at different times of year. If you are new to an area, your neighbours may be able to help you in establishing a sense of what you might expect throughout the year.

Placing a wind break can be as simply as creating a barrier of trees and shrubs between the strongest winds on the site and your polytunnel. Deep rooted trees are often best for withstanding strong winds, though of course which trees and shrubs will be best for creating your windbreak will depend on where you live and what the conditions of soil and climate are like there. What will work well in the south of the UK are not the same things that will work well in the Highlands of Scotland, for example. Clues may be garnered from observation around the area where you live. Other shelter belts and hedges can often be found edging nearby gardens and farmland and can give you a sense of the species that will work best for a wind break where you live. 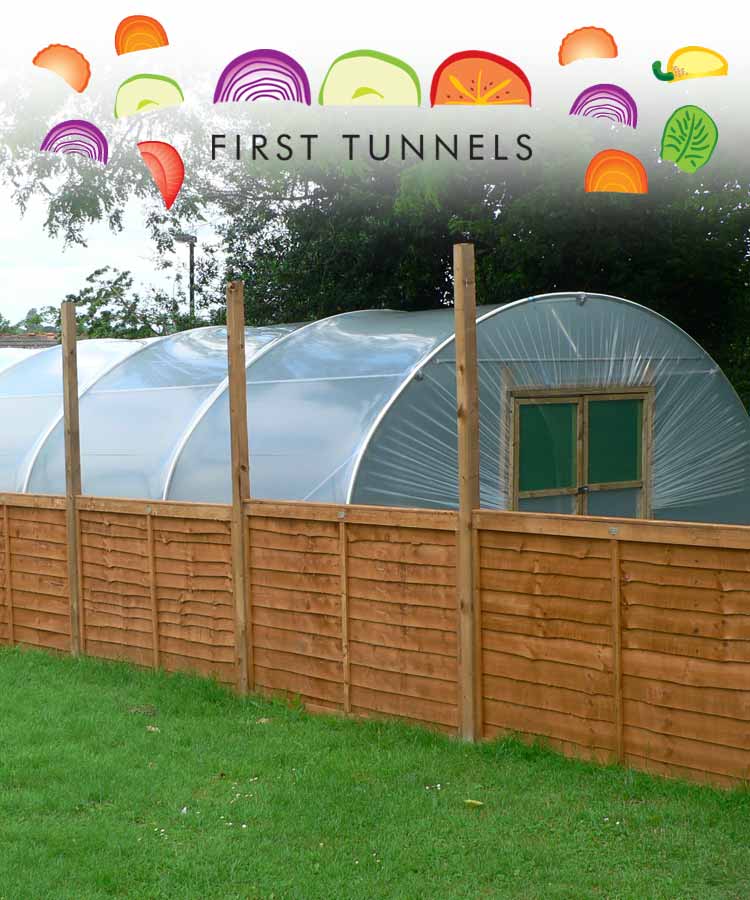